Mike Tyson Workouts for Getting in Mike Tyson Shape

Mike Tyson isn’t the champ just because of natural talent (although that certainly plays a role!). He’s the champ because he was coached from an early age and has stuck with a phenomenal workout routine throughout his life.

Good news for the rest of us – we now know more than ever about Mike Tyson’s most effective workouts and exercise regimens. Let’s take a look at some of the best Mike Tyson workouts for getting in Mike Tyson shape now.

Tyson famously started his workouts in the early morning when he was in his prime, and odds are he still does so to this day. If you want to get built just like Mike Tyson, you’ll need to start your days with an early morning cardio routine.

Why run and do some calisthenics? In a nutshell, because it exercises the entire body and warms up your muscles all over. This is the best way to get your body in shape and ready for even more physical activity throughout the day.

Of course, you can modify this early morning cardio routine based on your schedule or personal sleep needs. Tyson is famous for not needing a whole lot of shuteye, but you might be different.

Mike Tyson also includes a heavy amount of calisthenics. Calisthenics is essentially bodyweight exercises you can do with a minimum of equipment.

That’s great for anyone who wants to get into Mike Tyson shape since it means you don’t have to spend tons of money purchasing expensive equipment. Just get down on the ground and start working out!

What should you do in particular? If we want to follow Mike Tyson’s workout routine, we will do:

As we can see, each of these exercises forces another part of our bodies to work out. The 100 number isn’t exactly perfect for everyone, but it’s a great goal to work toward, especially if you aren’t built just yet.

When we look at a picture of Mike Tyson, we can see that he’s ripped all over. That’s because he doesn’t just focus on upper body strength. He works out his entire body, especially his core.

Naturally, no Mike Tyson workout would be complete without a healthy range of sparring exercises. Specifically, Mike Tyson usually does ten rounds of sparring per day (at minimum) whenever he is training for an upcoming fight or trying to get back into shape.

Ten rounds can mean a wide variety of things, but Tyson is famous for using a 300-pound punching bag. This is pretty heavy, even for experienced guys, but it will help you master using both of your hands and your hips to deliver stopping power to any of your opponents.

The ideal Tyson punching bag workout involves a heavy mixture of left and right-handed punches and techniques. We’d recommend something like this:

Ultimately, the goal of spending so much time and energy on bag training is to build up one’s physique to that of Mike Tyson. Everyone has different genes so no one will look exactly like him, but emphasizing bag time will double down on technique and muscle memory: two things that arguably help Mike Tyson remain champion.

You might also mix some shadowboxing in there if you want to focus on your form and technique.

How Long and Often Should You Train?

There’s no denying Mike Tyson goes at his exercise routine with all the determination and dedication we’ve come to expect from the champion. If you want to look and feel like Mike Tyson, you’ll need to do the same.

That means working out six days a week and up to 60 hours over that week if at all possible. Of course, this is a full-time workout routine, and not all of us can dedicate our lives to boxing as Tyson has. Adjust the above routine and frequency as needed for your schedule.

The Mike Tyson workout is just the start. To become as ripped and fit as the Tiger himself, you also need to eat well and give your body everything it needs to build muscle consistently.

That’s one reason why IM-21 is the ideal twice-a-day workout drink for guys who want to bulk up like Tyson. It’s packed with creatine, amino acids, and other helpful ingredients like valerian root.

Most importantly, it’s the best post and pre-workout beverage for building muscle and maximizing metabolic performance, even during sleep. Try it today, and you’ll see exactly what we mean. 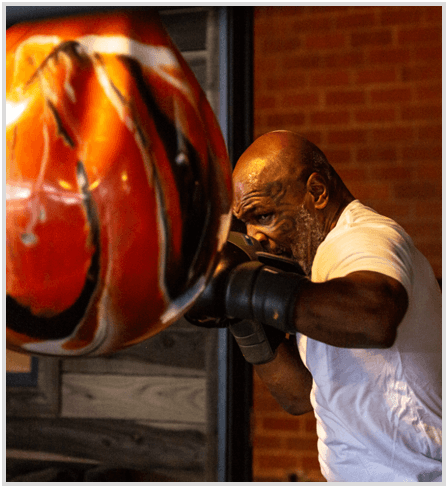 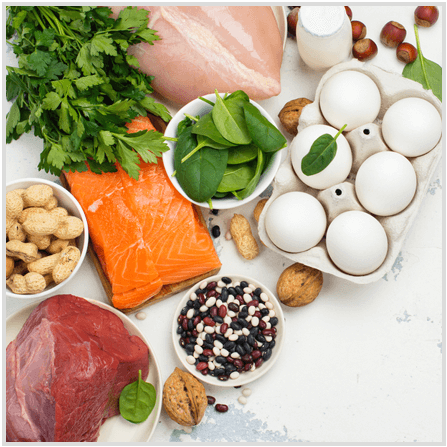 †None of the statements on this website have been evaluated by the FDA. This product is not intended to diagnose, treat, cure, or prevent any disease.